Effects of intensification on farmland birds 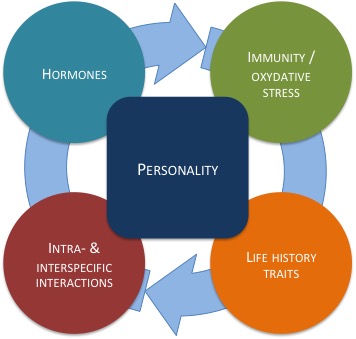 In the last century, the farmland landscape has been largely reduced to the benefit of urban areas and modified due to intensification. Contrary to the effect of urbanization on the behaviour of the bird species, the effects of the intensification on farmland birds have been neglected while it is considered a major factor in their decline.

Several factors are potentially responsible for such decline among which the loss of resources, the fragmentation/destruction of habitats, or the mechanization of practices. The intensification of agriculture is also intimately linked to the use of pesticides that impact the whole ecosystem. However, to date, their impact on the decline of avian species has been poorly studied and is still controversial. Most studies were indeed carried out on captive animals, which do not, actually, reflect the true exposition to pesticides in wild conditions. My main interest is to understand the role of behaviour as the interface between the external compartment (i.e. the stressor) and the internal compartment (i.e. the physiology) of the individuals and how it drives populations dynamics. This work is realized on the Montagu’s harrier, Circus pygargus. Adults breed in France in cereal crops, on the ground making the chicks directly exposed to agricultural practices and including pesticides. As a migratory species, behaviour and physiological state may also influence the outcomes of the migration. Harriers exhibit typical carotenoid-based coloration involved in a trade-off between the immune system and reproduction that can be altered due to the stress and/or pesticide exposition. This project benefits from the long-term monitoring of the Montagu’s harrier within the Long-Term Ecosystem Research Zone Atelier Plaine & Val de Sèvre (ZA_PVS). In this area, Montagu’s harrier nests are located every year since 1994, monitored and protected. Since 2017, experiments in controlled conditions on Grey partridges, Perdix perdix, have also been launched. The aim of these experiments is to understand the effects of pesticides on the physiology, the behaviour, and the life-history traits of the individuals in controlling the level of exposition in mimicry to natural exposure. The first results are encouraging and suggest that a realistic level of exposure to pesticides (even very low) impacts physiology and the behaviour in cascading effects.